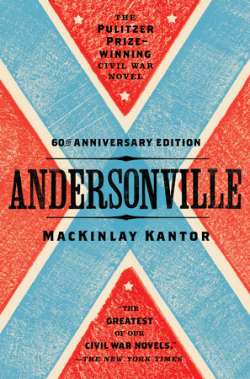 As the United States prepares to commemorate the Civil War’s 150th anniversary, Plume reissues the Pulitzer Prize–winning novel widely regarded as the most powerful ever written about our nation’s bloodiest conflict. MacKinlay Kantor’s Andersonville tells the story of the notorious Confederate Prisoner of War camp, where fifty thousand Union soldiers were held captive—and fourteen thousand died—under inhumane conditions. This new edition will be widely read and talked about by Civil War buffs and readers of gripping historical fiction.