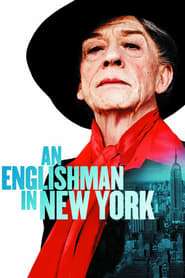 An Englishman in New York

Biographical drama based on the last 20 years of Crisp's life. The literary figure and gay iconoclast emigrated to New York in 1981 and lived there until his death. The film observes Crisp in both his public and private lives, from his seemingly cavalier response to the outbreak of AIDS to his tender relationship with his friend Patrick Angus and his own response to growing old.

How To Watch An Englishman in New York