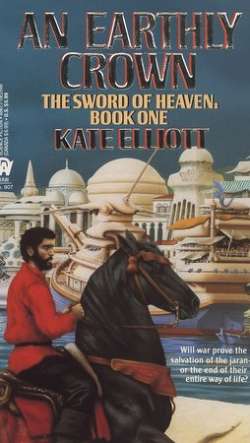 The nomadic tribes of the jaran are uniting the settled cities of their homeland one by one. Their charismatic leader, Ilya Bakhtiian, has his loyal wife by his side, but there is something about her he doesn't know: Tess Soerensen is a human.

Back home, her brother, Charles, led an unsuccessful revolt against the all-powerful Chapalii Empire. Charles’s insistence that Tess join him is as strong as Ilya’s reluctance to part with his beloved wife and neither considers that Tess may have her own plans for the future. As three fiercely independent spirits struggle for a solution, the fates of both the human race and the jaran hang in the balance.