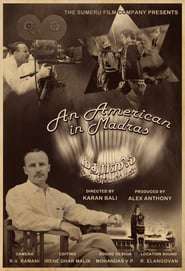 An American in Madras

Director Karan Bali's insight into a largely unknown slice of Tamil film history. American citizen Ellis R Dungan travelled to India in the 1930s. He intended to stay for six months, but he ended up living in Madras for 15 years, where he directed many key films of the era. This documentary explores Dungan's life and the profound impact he had upon the fledgling Tamil film industry.

How To Watch An American in Madras