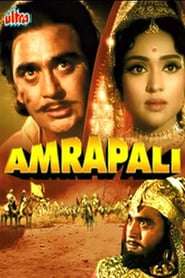 His hunger for conquest not satiated, even after repeated victories, Samrat Ajaatshatru of Magadh would like to continue on his winning spree, as the only unconquered city is that of Vaishali. His astrologers forewarn him; his Senapati cautions him that his army is tired and needs to rest; his very own mother refuses to let take part in any war - but he refuses to listen to anyone and hastens to war - which leads to subsequent defeat at the hands of the Vaishali army.

How To Watch Amrapali