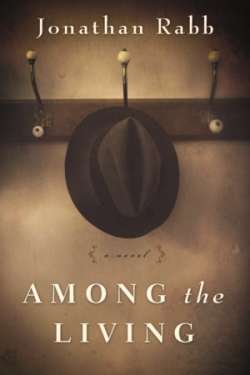 “Jonathan Rabb is one of my favorite writers, a highly gifted, heart-wise storyteller if ever there was one. What a powerful, moving book.” —David McCullough, Pulitzer Prize and National Book Award–winning author

A moving novel about a Holocaust survivor’s unconventional journey back to a new normal in 1940s Savannah, Georgia

In late summer 1947, thirty-one-year-old Yitzhak Goldah, a camp survivor, arrives in Savannah to live with his only remaining relatives. They are Abe and Pearl Jesler, older, childless, and an integral part of the thriving Jewish community that has been in Georgia since the founding of the colony. There, Yitzhak discovers a fractured world, where Reform and Conservative Jews live separate lives--distinctions, to him, that are meaningless given what he has been through. He further complicates things when, much to the Jeslers' dismay, he falls in love with Eva, a young widow within the Reform community. When a woman from Yitzhak's past suddenly appears--one who is even more shattered than he is--Yitzhak must choose between a dark and tortured familiarity and the promise of a bright new life.
Set amid the backdrop of America's postwar south, Among the Living grapples with questions of identity and belonging, and steps beyond the Jewish experience as it situates Yitzhak's story during the last gasp of the Jim Crow era. Yitzhak begins to find echoes of his own experience in the lives of the black family who work for the Jeslers--an affinity he does not share with the Jeslers themselves. This realization both surprises and convinces Yitzhak that his choices are not as clear-cut as he might have thought.