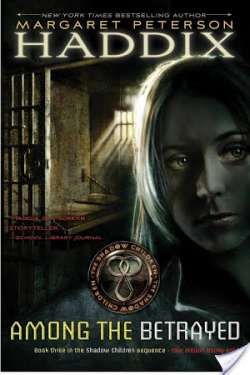 In the third installment of Haddix's series about a futuristic society in which families are forbidden to have more than two children, Nina, a secondary character in Among the Impostors, is falsely accused of treason and imprisoned by the Population Police. Her interrogator gives her an ultimatum: either she can get three other child prisoners, illegal third-borns like Nina, to reveal who harbored them and where they got their fake identification cards, or she will be executed. Nina sees a chance to escape the prison and, taking the prisoners with her, quickly discovers their street smarts. But when their food supply runs out, Nina seeks the boy she knew as Lee.