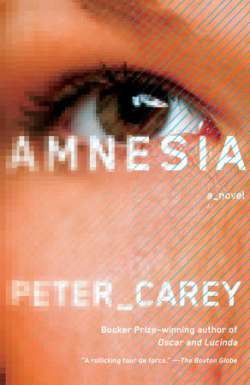 In this dark, suspenseful, and seriously funny novel, two-time Booker winner Peter Carey takes us to the place where the cyber underworld collides with international politics. When Gaby Baillieux, Australia’s most formidable hacker, releases the Angel Worm virus into her country’s prison system, cell doors are opened and inmates walk free. Since those prisons use American software, the doors in thousands of jails in the United States are opened as well. Is this an accident—or a declaration of cyber war? Does it have anything to do with the largely forgotten Battle of Brisbane between American and Australian forces in 1942? Or with the CIA-influenced coup in Australia in 1975?
Disgraced writer Felix Moore—known to himself as “our sole remaining left-wing journalist”—is determined to write Gaby’s biography in order to find the answers that could save her, his career, and perhaps his country. But how to get Gaby—on the run, scared, confused, and angry—to cooperate?