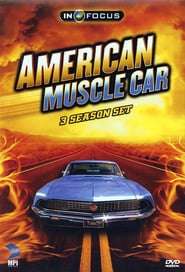 American Muscle Car is a weekly television show on Speed, produced by Restoration Productions LLC., about muscle cars. Each episode provides a timeline of each vehicle's history beginning with its first year of production to its most recent year of production. The show was initially designed to showcase traditional muscle cars such as the Chevrolet Camaro, Ford Mustang, and Dodge Charger. It eventually added other performance vehicles such as the Shelby Cobra and the Chevrolet Corvette, and even began to focus on specific eras such as the Corvette Stingray. It even created a special dedicated to the last 1967 Corvette Stingray produced. In 2006 season, the show's focus was expanded to include designers and engineers of muscle car era. In 2007 season, the show's focus was expanded to include vintage races, powertrain components.