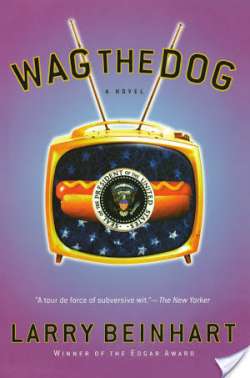 Once upon a time there was a mean, dying GOP chairman who had a brilliant scheme to assure that his man would retain the office of president of the United States of America. And the only man who could pull off this elaborate plan was a celebrated Hollywood director. Add to the mix a left-coast gumshoe named Broz who is trapped among cover-ups, undercover work, and his own morality, a cast of bicoastal desperate characters, and the stage is set for a powerful D.C./L.A. production. From Edgar award winning author Larry Beinhart, Wag the Dog was the most brilliant political satire of the last decade. It was made into a classic film by Barry Levinson, and, fortunately, is now back in print.