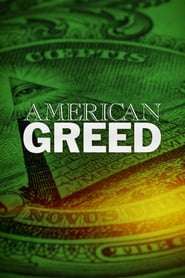 American Greed, also called American Greed: Scams, Scoundrels, And Suckers and American Greed: Scams, Schemes, And Broken Dreams, is a weekly American "true crime" television documentary series aired on CNBC. The program is narrated by Stacy Keach Jr. and produced by Kurtis Productions. The program focuses on the stories behind some of the biggest corporate and white collar crimes in recent U.S. history; examples include WorldCom, HealthSouth and Tyco International. In addition, stories about common financial crimes that affect scores of everyday citizens are also featured. Other topics have included the story behind Nevada's infamous Mustang Ranch, and rise-and-fall pieces on such highly successful, high-profile businesspeople as boy band impresario Lou Pearlman and Mark Dreier. The series has also produced specials on subjects like Bernie Madoff's life behind bars, and how organized crime groups earn money. In season four, the show covered stories including high-profile cases such as Raffaello Follieri, Marcus Schrenker, and Sholam Weiss.