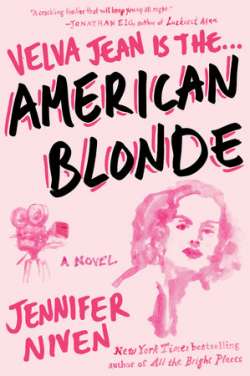 From the New York Times bestselling author of Holding Up the Universe and All the Bright Places (soon to be a major motion picture starring Elle Fanning), a fearless and spirited pilot conquers Hollywood. Now can she survive movie stardom?

In 1945, Velva Jean Hart is a bona fide war heroine. After a newsreel films her triumphant return to America, Metro-Goldwyn-Mayer promises to make her a star. They give her a new life story and a brand new name. As “Kit Rogers,” she navigates the movie sets, recording sessions, parties, staged romances, and occasional backstabbing that accompany her newfound fame. She also navigates real-life romance, finding herself caught between a charismatic young writer and a sexy and enigmatic musician from her past. But when one of her best friends dies mysteriously and the most powerful studio in the world launches a cover-up, Velva Jean goes in search of the truth—risking her own life, as well as her heart, in the process.

Set during Hollywood’s Golden Age and peopled with a cast of unforgettable characters, American Blonde will mesmerize readers of The Chaperone as well as fans of the Velva Jean series.