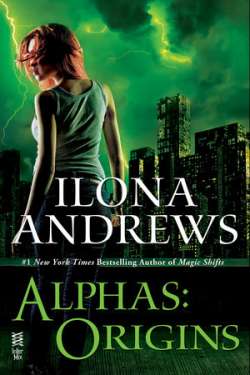 Karina Tucker is driving a van of children home from a field trip when an unplanned detour to a seemingly ordinary rest stop changes her life. There, she witnesses a world beyond humanity’s sight, of frightful powers and chaos, where she is in death’s grip...before an irresistibly dangerous male saves her—only to take her captive.

For she is a rare commodity in the shadowy realm she’s entered.

Karina soon finds herself caught in a violent civil war where those with inhuman powers strive to destroy each other without mercy. And it becomes all too clear that she must make a choice: submit and become a pawn, or take hold of her own destiny and fight for survival against impossible odds.

Praise for Ilona Andrews and the Kate Daniels Novels

“One of the brightest voices in urban fantasy. Ilona Andrews delivers only the best.”—Jeaniene Frost, New York Times bestselling author of Bound by Flames

INCLUDES A TEASER FOR MAGIC SHIFTS