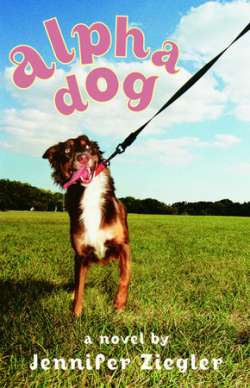 Seventeen-year old Katie isn’t used to being in control. Her mother drives her crazy with her constant criticism and advice, and her boyfriend of two years just destroyed her whole world by dumping her on her birthday. It’s just as well that Katie’s headed to a summer program at the University of Texas in Austin–at least there, she can get over Chuck at her own pace. But Austin holds its own challenges–like Christine, a cooler-than-thou roommate whose rocker boyfriend is permanently camped out on the couch. When Christine drags Katie to the city pound to check out a potential pet, it’s Katie who’s mesmerized by a pair of brown doggie eyes. Before she can think it through, she’s standing out on the curb with her adorable new dog, Seamus.

There’s only one problem: Seamus is a holy terror. He chews up the apartment, barks maniacally, terrorizes their landlady’s cat, and seems destined to keep the cutest guy in their building at arm’s length. When Katie takes Seamus in for obedience training, she’s told, “You have to be the alpha dog.”

The alpha dog. The head of the pack. Katie has never wielded much power before, but she finds that being top dog can be addictive. Soon she’s acting the alpha dog in every phase of her life, and nothing will ever be the same.