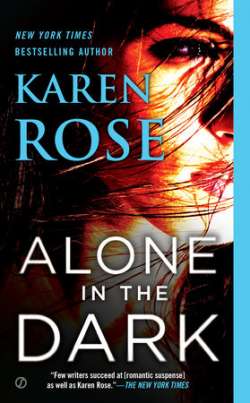 Alone in the Dark

The New York Times bestselling author of Closer Than You Think returns with a breathtaking new novel of suspense in the Cincinnati series—one that crosses the line between danger and desire, and justice and revenge.

Homicide Detective Scarlett Bishop has seen enough bad guys slip through the cracks and innocent victims go unavenged to know that good doesn't always prevail. So far she’s been able to lock away her rage and her vigilante fantasies. That lock is about to break.

Former Army Ranger Marcus O'Bannion is a fierce champion of victims’ rights. His secret past gives him good reason. He believes he’s seen the depths of human depravity, but then his investigation into the murder of a young girl who once asked for his help lures him and Scarlett down a dark, dark road—and straight into the crosshairs of a dangerous, powerful underground ring that deals in human trafficking. To stop them, Scarlett and Marcus have to be just as cunning and just as ruthless. But first they have to make it out alive.