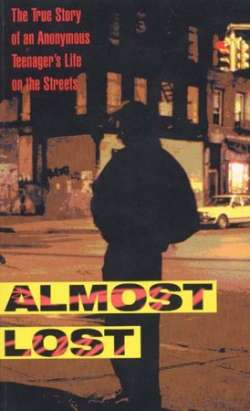 Who in his right mind wants to talk to a shrink? I don't want to talk about anything. I don't want to feel anything, taste anything ... or anything. The lyrics "just dying to die" run around in my brain day and night...

Fifteen-year-old Sam is in pain. He comes to the therapist's office unwillingly, angry, depressed, and filled with guilt over his own self-destructive behavior. He is being drawn deeper and deeper into a black hole of despair from which he sees no way out.

This is the Real-life story of Sam's Recovery, told from tapes of his therapy sessions. It tells what drove him to leave home, how he survived on the street, and why he was desperate to escape from the brutality of the gang that had become his "family" and from the torment of his own self-loathing. For every teen who has experienced the pain and loneliness of a no-way-out darkness, and for all those who love them, here is the light that can lead the way back.