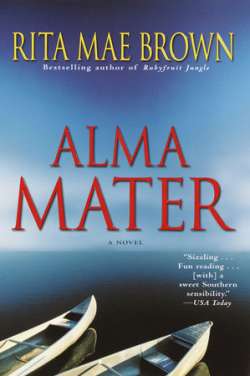 Sex makes monkeys out of all of us. If you don’t give in to it, you wind up a cold, unfeeling bastard. If you do, you spend the rest of your life picking up the pieces. . . .

At the start of senior year at William & Mary, the six-foot-tall, raven-haired beauty Victoria “Vic” Savedge finds her future mapped out in detail. She will marry Charly Harrison, the son of one of Virginia’s most prominent families. Though branded by a fiery streak of independence, Vic hasn’t really considered any other options. Until she meets a woman named Chris.

A transfer from Vermont, Chris is new to Southern mores and attitudes. Though instantly captivated by Vic, she is also drawn to the entire quirky but charming Savedge family. But the young women’s friendship is not your basic college-girl variety. For neither can resist their mutual attraction–an attraction that erupts into a passion that will forever change the course of both their lives.