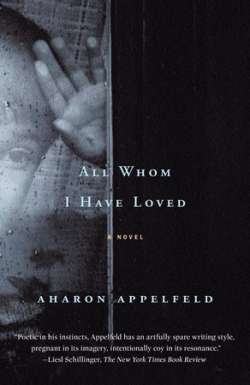 All Whom I Have Loved

The haunting story of a Jewish family in Eastern Europe in the 1930s that prefigures the fate of the Jews during World War II.

At the center is nine-year-old Paul Rosenfeld, the beloved only child of divorced parents, through whose eyes we view a dissolving, increasingly chaotic world. Initially, Paul lives with his mother–a secular, assimilated schoolteacher, who he adores until she “betrays” him by marrying the gentile André. He is then sent to live with his father–once an admired avant-garde artist, but now reviled by the critics as a “decadent Jew,” who drowns his anger, pain, and humiliation in drink. Paul searches in vain for stability and meaning in a world that is collapsing around him, but his love for the earthy peasant girl who briefly takes care of him, the strange pull he feels towards the Jews praying in the synagogue near his home, and the fascination with which he observes Eastern Orthodox church rituals merely give him tantalizing glimpses into worlds of which he can never be a part.

The fates that Paul’s parents will meet with Paul as terrified witness–his mother, deserted by her new husband and dying of typhus; his father, gunned down while trying to stop the robbery of a Jewish-owned shop–and his own fate as an orphaned Jewish child alone in Europe in 1938 are rendered with extraordinary subtlety and power, as they foreshadow, in the heart-wrenching story of three individuals, the cataclysm that is about to engulf all of European Jewry.