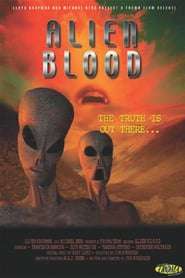 Spoof science fiction. An alien mother and her child are pursued across England by a bunch of incompetent government agents and take refuge in a house full of vampires. Homage back to the camp tone of British directors of the 1970's such as Ken Russell, (The Lair Of The White Worm), Robert Fuest, (Dr Phibes Rises Again), and Joe McGrath, (The Magic Christian). Distributed by Troma in the U.S., it contains violence, nudity and exploding bagpipes.