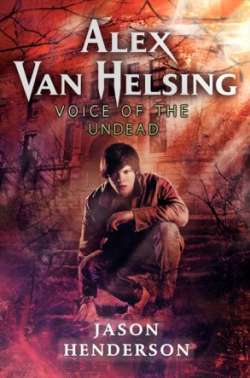 Now that Alex is in the know about the deadly vampires that live—and hunt—around his boarding school, everything is different. Putting his talents to use, Alex is training with the Polidorium to become a vampire hunter, just like his Van Helsing ancestors. Sure, he’s only fourteen, but c’mon: This runs in his blood.

But Alex is wondering if he’ll live long enough to succeed. His archnemesis Elle, a vampire whose youthful appearance and blond hair disguise a rage that’s directed at him, is out to get him before a powerful leader called Ultravox arrives on the scene. Ultravox specializes in assassinations, but who is he targeting? As he dodges Elle’s attacks, Alex is on a mission to uncover Ultravox’s deadly plan before his friends and his school become collateral damage. There’s no time to report back; innocent lives hang in the balance, and it’s on Alex to act now—or else.