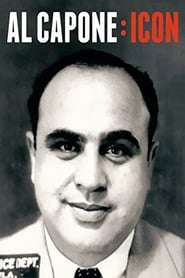 Al Capone—The quintessential self-made American man, ruthless killer, or both? To this day we are fascinated with this celebrity gangster. Americans love a bad boy; a tragic anti-hero. Al Capone is one of the originals, one of the most notorious bootleggers and gangsters of the twentieth century, believed to have personally murdered dozens of people and ordered the killing of hundreds of others. But that's only one side of this complicated man. He was also a hugely popular public figure, dynamic and charismatic; he opened one of the nation's first soup kitchens, and was a devoted patron and guardian of jazz, giving African American musicians opportunities that they would otherwise never have had. So what made him a crime boss instead of a powerful politician?

How To Watch Al Capone: Icon