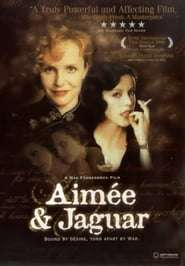 In 1943, while the Allies are bombing Berlin and the Gestapo is purging the capital of Jews, a dangerous love affair blossoms between two women - one a Jewish member of the underground, the other an exemplar of Nazi motherhood.