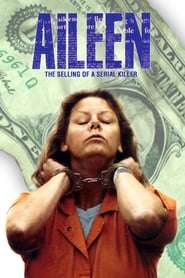 Aileen Wuornos: The Selling of a Serial Killer

Aileen Wuornos: The Selling of a Serial Killer (1993) is a documentary film about Aileen Wuornos, made by Nick Broomfield. It documents Broomfield's attempts to interview Wuornos, which involves a long process of mediation through her adopted mother Arlene Pralle and lawyer, Steve Glazer.