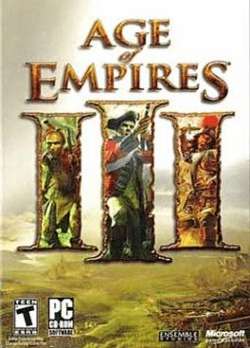 Age of Empires III places players in the time period of roughly 1500-1850, picking up where Age of Empires II: The Age of Kings left off. As players work to establish their empire, they take on the role of a European power struggling to explore, colonize, and conquer North and South America. Age of Empires III introduces exciting new gameplay elements, including the all-new Home City and an incredible combat system. Players have new civilizations to discover, random maps to conquer, and a single-player campaign unlike any other. Players also find stunning graphics as a result of a revolutionary graphics engine that pushes the limits of PC graphics technology in an entirely new way.