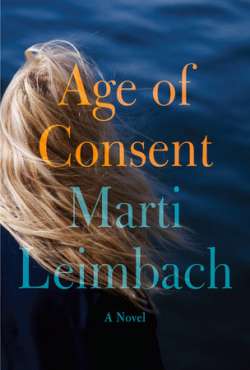 From the author of Daniel Isn’t Talking and Dying Young comes a shattering new novel, a page-turner about a sexual relationship between a grown man and a newly teenaged girl.

June was a young widow with ahopeless crush on Craig Kirtz, a disc jockey at a local rock station. To her surprise, the two struck up a friendship that seemed headed for something more. But it was June’s thirteen-year-old daughter, Bobbie, whom Craig had wanted all along. Bobbie thought her secret life—the sex, the drugs, the illicit relationship itself—could remain safely buried in the past. But thirty years later, when Bobbie discovers Craig’s attentions to her had been repeated with any number of girls, she returns home with one purpose in mind: to bring Craig to trial.
Her decision is greeted with mixed feelings. Some people think that bringing charges against someone for a crime committed so many years ago is unjustified. She’s called a “middle-aged woman with a vendetta.” She’s accused of waging war against her own family. But the past has a way of revealing itself, and some relationships lie dormant through the years, ready to stir to life at the
slightest provocation.
June remembers things differently from the way Bobbie does. Craig insists he has done nothing wrong. As their traumatic history is relived in the courtroom, Bobbie and June must come to terms with the choices they made and face the truth they have long refused to acknowledge. Told with warmth and compassion, this is a moving, deeply absorbing story of a family in crisis.