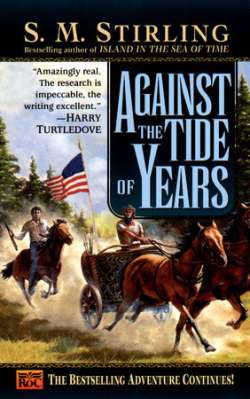 Against the Tide of Years

Against the Tide of Years continues the adventures of the Nantucket residents who have been transported through time to the Bronze Age. In the years since their arrival, the fledging Republic of Nantucket has striven to better the primitive world in which they now exist. Their prime concerns are establishing a constitution and handling the waves of immigrants from the British Isles. But a renegade time traveler plans his own future by forging an empire for himself based on conquest by modern technology. The Republic has no alternative but to face the inevitable war brought on by one of their own....