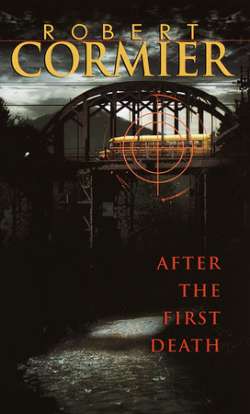 After the First Death

Sixteen-year-old Miro had instructions to kill the bus driver immediately.

They would then take the busload of children to the bridge and begin the standoff. Artkin was Miro’s mentor; the mastermind behind this act of terrorism that would get the world’s attention.
But Artkin had told Miro that the bus driver would be an old man.

Sixteen-year old Kate sometimes substituted for her uncle and drove his bus when he was ill. She even got a special license to do so, and she’d always liked kids. She wondered what was going on when the van in front of her stopped, but when the man and the boy with guns forced their way onto the bus, she knew her worst nightmare was beginning.