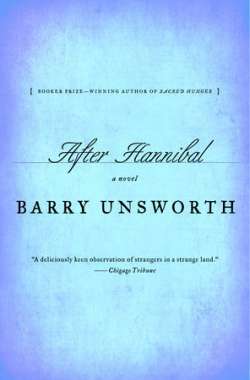 Golden Umbria is home to breathtaking scenery and great art; it is also where Hannibal and his invading band of Carthaginians ambushed and slaughtered a Roman legion, and where the local place-names still speak of that bloodshed.

Unsworth's contemporary invaders include the Greens, a retired American couple seeking serenity among the Umbrian hills, who are bilked out of their savings by the corrupt English "building expert" Stan Blemish; the Chapmans, a British property speculator and his wife, whose dispute with their neighbors over a wall escalates into a feud of nearly medieval proportions; Anders Ritter, a German haunted by the part his father played in a mass killing of Italian hostages in Rome during the Second World War; and Fabio and Arturo, a gay couple who, searching for peace and self-sufficiency, find treachery instead. And at the center of all these webs of deceit and greed is the cunning lawyer Mancini, happy to aid the disputants--and to exploit to the fullest the faith that these "innocents abroad" have placed in him.