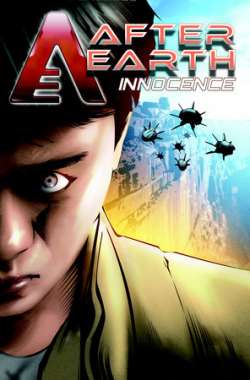 A NEW HOME.
A NEW ENEMY.

More than two centuries ago, as Earth’s atmosphere became too toxic to support life, humans fled the only home they had ever known. The survivors wandered the universe for a hundred years in massive spaceship “arks.” They colonized a remote planet, Nova Prime, and began to rebuild civilization. Humanity had yet to make contact with another intelligent species. Until now.

243 A.E.: “After Earth.” Even on this new planet, society is suffering from deep divisions, with scientific innovators and spiritual leaders often at bitter odds. But when a terrifying assault by an alien species, the Skrel, interrupts life on Nova Prime, the last humans must band together to protect their fragile claim. Their best hope might be Jason Raige, an ace pilot of the United Ranger Corps, but in the chaos a new hero emerges: Jason’s twelve-year-old son, Carter. The age of innocence is over—and the future is just beginning.