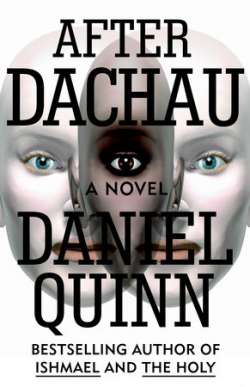 Daniel Quinn, well known for Ishmael – a life-changing book for readers the world over – once again turns the tables and creates an otherworld that is very like our own, yet fascinating beyond words. Imagine that Nazi Germany was the first to develop an atomic bomb and the Allies surrendered. America was never bombed, occupied, or even invaded, but was nonetheless forced to recognize Nazi world dominance. The Nazis continued to press their campaign to rid the planet of “mongrel races” until eventually the world – from Capetown to Tokyo – was populated by only white faces. Two thousand years in the future people don’t remember, or much care, about this distant past. The reality is that to be human is to be Caucasian, and what came before was literally ancient history having nothing to do with those then living. Now imagine that reincarnation is real, that souls migrate over time from one living creature to another, and that a soul that once animated an American black woman living at the time of World War II now animates an Aryan in Quinn’s new world, and that due to a traumatic accident memories of this earlier incarnation assert themselves. Compared by readers and critics alike to 1984 and Brave New World, After Dachau is a new dystopian classic with much to say about our own time, and the dynamics of human history.