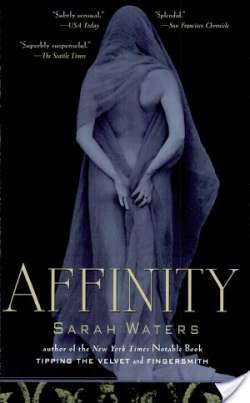 “Gothic tale, psychological study, puzzle narrative…This is gripping, astute fiction that feeds the mind and senses.”—The Seattle Times An upper-class woman recovering from a suicide attempt, Margaret Prior has begun visiting the women’s ward of Millbank prison, Victorian London’s grimmest jail, as part of her rehabilitative charity work. Amongst Millbank’s murderers and common thieves, Margaret finds herself increasingly fascinated by on apparently innocent inmate, the enigmatic spiritualist Selina Dawes. Selina was imprisoned after a séance she was conducting went horribly awry, leaving an elderly matron dead and a young woman deeply disturbed. Although initially skeptical of Selina’s gifts, Margaret is soon drawn into a twilight world of ghosts and shadows, unruly spirits and unseemly passions, until she is at last driven to concoct a desperate plot to secure Selina’s freedom, and her own. As in her noteworthy deput, Tipping the Velvet, Sarah Waters brilliantly evokes the sights and smells of a moody and beguiling nineteenth-century London, and proves herself yet again a storyteller, in the words of the New York Times Book Review, of "startling power."