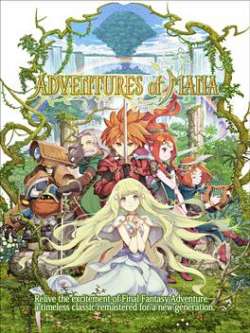 Adventures of Mana is a remastered version of the 'Final Fantasy Adventure', known as 'Mystic Quest' in Europe, which become the first game in the Mana series. "This remastered version offers fans the enhanced visuals, revamped menus and a rearranged soundtrack from the game's original composer. The background music for the original Game Boy version will be available on all platforms."