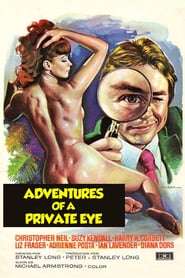 Adventures of a Private Eye

How To Watch Adventures of a Private Eye