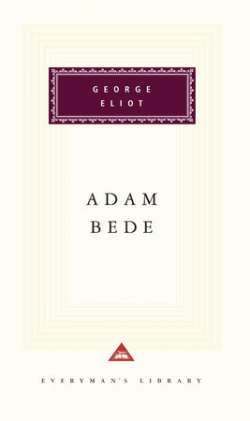 A remarkably vivid depiction of village life provides the backdrop to George Eliot’s first novel, a story of  love and betrayal invested with social realism of unprecedented sensitivity.

Adam Bede is an upstanding young carpenter whose greatest weakness is his infatuation with the self-absorbed village beauty, Hetty Sorrel. Hetty has secretly set her sights on Captain Arthur Donnithorne, heir to the local squire’s estate; his abandonment of her and her engagement to Adam set in motion a tragedy that will touch many people’s lives. When Hetty lands in prison, accused of murder and facing a sentence of execution by hanging, it is her fervent young cousin Dinah Morris, a Methodist preacher, whose intervention offers both Hetty and Adam comfort and the hope of peace.

The evocations of a lost rural world for which Adam Bede was so resoundingly praised on its publication in 1859 are charged in Eliot’s hands with a personal compassion that intensifies the novel’s outer dramas of seduction and betrayal and inner dramas of moral growth and redemption.

With an introduction by Leonee Ormond