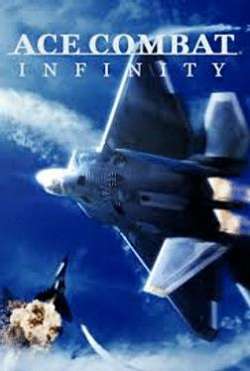 The infinite blue of the open skies awaits not only veteran but also budding flying aces in Ace Combat Infinity. Evolving the legendary series with a brand new story and innovative multiplayer, the game turns the sky into an endless blue battleground, bursting with aerial drama and destruction. Whether a combat-ready pro or a battle-shy beginner, Ace Combat Infinity will let every player become a deadly flying ace, as they embark on a series of high velocity missions. In the solo story Campaign mode, players will be immersed in a brand new story and unleash aerial devastation with surgical precision. The new Online Co-op Mission multiplayer mode lets aces team up to see who can inflict the most damage on the enemy. Execute pre-flight checks -- the endless blue awaits.