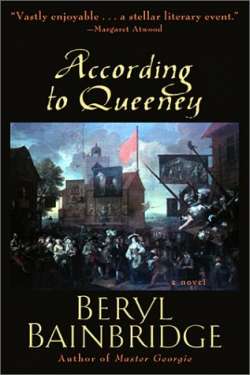 This historical novel set during the eighteenth century recounts the tumultuous final years of famed English lexicographer and poet Samuel Johnson. In 1764, Britain’s greatest man of letters—the writer of the first English dictionary—shut himself in his room and refused to come out. Exhausted from working on an edition of Shakespeare’s plays, Samuel Johnson had fallen into a deep depression. He refused to eat and only opened his door to cry out incomprehensible phrases or empty his chamber pot. Finally, a priest was able to lure the scholar out of confinement, and, as he did, Johnson’s friend Henry Thrales arrived. Shocked by Johnson’s fit of madness, Thrales promptly whisked the man away for recuperation at a country mansion south of London. Thus began one of the happiest periods of Johnson’s life. At the Thrales residence in Streatham, Johnson regained his sanity and engaged in family life. He selected books for the estate’s library, joked around at parties, and became close to Thrales’s wife, Hester. But as the years passed, the affection between Johnson and Hester developed into a dark romantic affair, the Thrales’s daughter grew up and became aware of her mother’s emotional unavailability, and Johnson’s passions and eccentricities led to cumbersome moral and spiritual dilemmas. With chapter titles taken from entries in Johnson’s legendary dictionary, lauded British author Beryl Bainbridge paints a well-rounded portrait of an extraordinary man and his all-too-human experiences. Written from the perspective of the Thrales’s daughter, According to Queeney heightens fact with fiction, sincerity with irony, and humor with despair. Longlisted for the Man Booker Prize, it is a captivating account of the Georgian era, lending modern insight to British history.