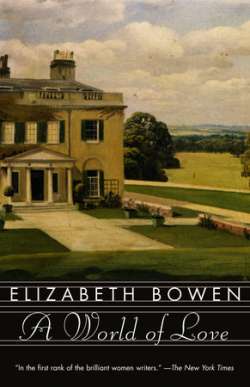 A World of Love

In a writing career that spanned the 1920s to the 1960s, Anglo-Irish author Elizabeth Bowen created a rich and nuanced body of work in which she enlarged the comedy of manners with her own stunning brand of emotional and psychological depth.

In A World of Love, an uneasy group of relations are living under one roof at Montefort, a decaying manor in the Irish countryside. When twenty-year-old Jane finds in the attic a packet of love letters written years ago by Guy, her mother’s one-time fiance who died in World War I, the discovery has explosive repercussions. It is not clear to whom the letters are addressed, and their appearance begins to lay bare the strange and unspoken connections between the adults now living in the house. Soon, a girl on the brink of womanhood, a mother haunted by love lost, and a ruined matchmaker with her own claim on the dead wage a battle that makes the ghostly Guy as real a presence in Montefort as any of the living.