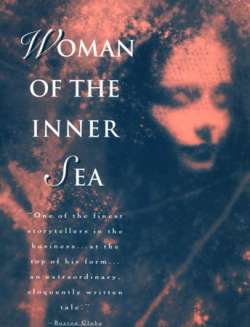 A Woman of the Inner Sea

Kate Gaffney-Kozinski, an attractive, well educated woman, has gone on “walkabout” to the inner reaches of the Australian outback. Fleeing her wealthy husband, Paul Kozinski, and his unscrupulous clan, Kate is trying to obliterate herself and the grief that haunts her. At first we do not understand its source, but as the story unfolds a kind of mystery evolves around the tragic loss of her two children. In a small town she tries to change herself into a different woman, seeking the companionship and protection of a reticent but rough local man, an explosives expert known as Jelly. But the violence of the west country’s unpredictable weather forces her on and soon she must confront her husband.

No one knows Australian society better than Thomas Keneally, who offers here a rich cross-section of his people: from Kate’s prominent father to her controversial uncle, a renegade priest; from the grasping Kozinskis who rule Sydney’s construction business to colorful small-town men like Jelly and his friend Gus, who travels with a kangaroo and emu he has rescued from an entertainment park. And at the center of this panorama stands Kate, a passionate woman of great integrity caught in a nightmare of grief and deception. Woman of the Inner Sea, with its evocation of the heroic in the midst of disaster and evil, will be remembered as one of Thomas Keneally’s best works.