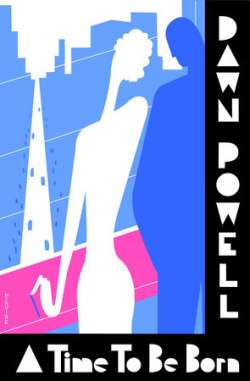 A Time to Be Born

Set against an atmospheric backdrop of New York City in the months just before America’ s entry into World War II, A Time To Be Born is a scathing and hilarious study of cynical New Yorkers stalking each other for various selfish ends. At the center of the story are a wealthy, self-involved newspaper publisher and his scheming, novelist wife, Amanda Keeler. Powell always denied that Amanda Keeler was based upon the real-life Clare Boothe Luce, until years later when she discovered a memo she’d written to herself in 1939 that said, “Why not do a novel on Clare Luce?” Which prompted Powell to write in her diary “Who can I believe? Me or myself?”