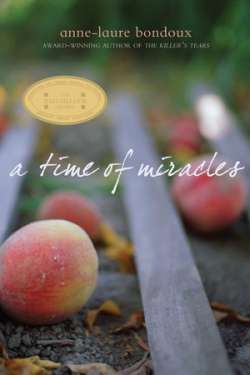 A Time of Miracles

Winner of the Batchelder Award--this tale of of exile, sacrifice, hope, and survival is a story of ultimate love.

Blaise Fortune, also known as Koumaïl, loves hearing the story of how he came to live with Gloria in the Republic of Georgia: Gloria was picking peaches in her father’s orchard when she heard a train derail. After running to the site of the accident, she found an injured woman who asked Gloria to take her baby. The woman, Gloria claims, was French, and the baby was Blaise.

When Blaise turns seven years old, the Soviet Union collapses and Gloria decides that she and Blaise must flee the political troubles and civil unrest in Georgia. The two make their way westward on foot, heading toward France, where Gloria says they will find safe haven. But what exactly is the truth about Blaise’s past?
Bits and pieces are revealed as he and Gloria endure a five-year journey across the Caucasus and Europe, weathering hardships and welcoming unforgettable encounters with other refugees searching for a better life. During this time Blaise grows from a boy into an adolescent; but only later, as a young man, can he finally attempt to untangle his identity.

Bondoux’s heartbreaking tale of exile, sacrifice, hope, and survival is a story of ultimate love.