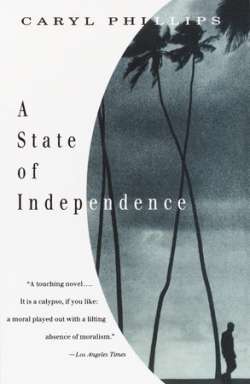 A State of Independence

Phillips examines the transitions of a Caribbean nation from colonialism to a dubious state of independence through the experiences of Bertram Francis, a young man who leaves St. Kitts at the age of thirteen to study law on a coveted scholarship in England. Twenty years later he returns, chastened by failure, hoping to succeed at “something that doesn't make me dependent upon the white man.” The rejections Francis faced in England are nothing to those that greet him in his homeland, where the resentments of the people he abandoned are exceeded only by the cynicism of the old friends who have prospered under the new regime.