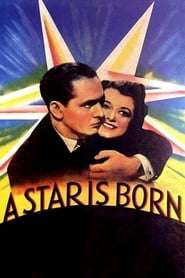 A Star Is Born

Esther Blodgett is just another starry-eyed farm kid trying to break into the movies. Waitressing at a Hollywood party, she catches the eye of alcoholic star Norman Maine, is given a test, and is caught up in the Hollywood glamor machine (ruthlessly satirized). She and her idol Norman marry; but his career abruptly dwindles to nothing. The film was nominated for seven Academy Awards, winning the award for Best Story. This also became the first color film to be nominated for best picture.

How To Watch A Star Is Born