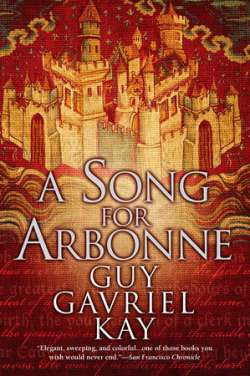 A Song for Arbonne

For the Northern mercenary called Blaise, it began with the death of a king and betrayal in the form of a peace treaty. Wandering in self-imposed exile, he would journey to the Kingdom of Arbonne, where the Court of Love made warriors bow to troubadours, and a well-sung ballad was valued as highly as a skillfully swung sword. But Arbonne was a troubled realm, torn by an ancient feud between its two most powerful dukes and coveted as a prize by the land in which Blaise himself had grown to manhood. And no oneâ€”except perhaps Arbonneâ€™s goddessâ€”could forsee that one Northern mercenary might become the key to Arbonneâ€™s destiny....