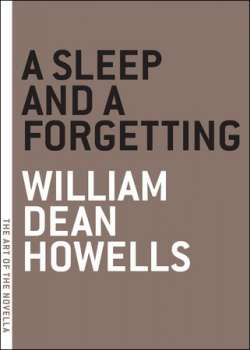 A Sleep and a Forgetting

Unless she was out of her mind there was no way of accounting for her behavior...

Nowhere in the prodigious output of William Dean Howells is there an example more poignant of his heart-felt dedication to the realist movement than this achingly suspensfull novella.

The story centers on a young "alienist"—a psychologist—who meets a young woman who, at subsequent encounters, has no recollection of him. The doctor launches a psychological investigation that appears to be based upon the most painful memories of the author himself—Howells had recently experienced the loss of a beloved adult daughter (from what appears to have been anorexia) and the institutionalization of another for "emotional collapse."

The story's surprising ending reveals not only the author's deft sense of craftsmanship, but speaks movingly to his enduring faith in the sublime power of literature.

The Art of The Novella Series

Too short to be a novel, too long to be a short story, the novella is generally unrecognized by academics and publishers. Nonetheless, it is a form beloved and practiced by literature's greatest writers. In the ART OF THE NOVELLA series, Melville House celebrates this renegade art form and its practitioners with titles that are, in many instances, presented in book form for the first time.