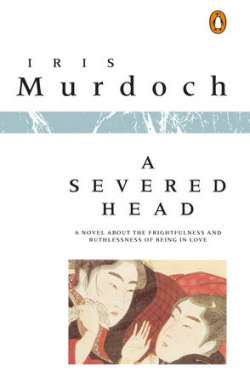 A novel about the frightfulness and ruthlessness of being in love

Martin Lynch-Gibson believes he can possess both a beautiful wife and a delightful lover. But when his wife, Antonia, suddenly leaves him for her psychoanalyst, Martin is plunged into an intensive emotional reeducation. He attempts to behave beautifully and sensibly. Then he meets a woman whose demonic splendor at first repels him and later arouses a consuming and monstrous passion. As his Medusa informs him, “this is nothing to do with happiness.”

A Severed Head was adapted for a successful stage production in 1963 and was later made into a film starring Claire Bloom, Lee Remick, Richard Attenborough, and Ian Holm.