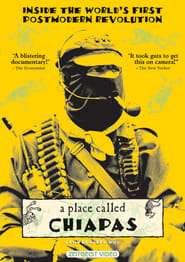 On January 1, 1994, the Zapatista National Liberation Army—made up of impoverished Mayan Indians from the state of Chiapas—took over five towns and 500 ranches in southern Mexico. The government deployed its troops, and at least 145 people died in the ensuing battle. Fighting for indigenous Mexicans to regain control over their lives and the land, the Zapatistas and their charismatic leader, guerilla poet Subcomandante Marcos, began sending their message to the world via the Internet.