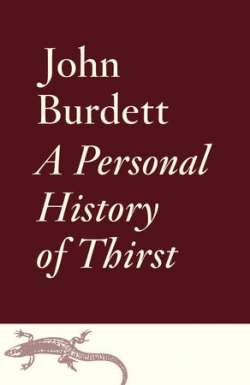 A Personal History of Thirst

From former British barrister John Burdett comes a psychosexual novel in the tradition of Damage and Presumed Innocent. At the heart of A Personal History of Thirst is an ill-fated love triangle where all hunger for something and are willing to risk everything to get it, blurring th eboundaries between right and wrong and love and hate to do so. Thirst tells a gripping tale of murder,r evenge, infidelity, ambition, and deception that keeps shocking until the stunning courtroom climax. Ambitious London lawyer James Knight, a propserous solciitor, has denied his lower-class background and carefully molded his publci image in order to climb the social and professional ladder of the British legal system. He will soon "take silk"—become a Queen's counsel barrister, the highest rank a alwyer can obtain.
More than decade earlier, however, James had lived on the fringe of acceptable society and rigid British ethics during his years at university, experimenting with sex and drugs in a passionate love affair with a stunning and brilliant American named Daisy Smith.
James's life takes an unexpected turn early in his career when he meets a client—an accused thief named Oliver Thirst—for a drink and a chat in a pub. Although they could not be more different, James is drawn to Thirst's high intelligence and wit. Soon their illicit friendship develops into a dark and erotic ménage á trois with Daisy at the center.
Now, eleven years later, one is dead and two are suspected of murder. The murder investigation at the center of this impossible-to-put-down novel uncovers the bizarre love story between the barrister, the American, and the thief. And, in the end, A Personal History of Thirst answers the question: What happens when genuine love becomes mixed with perverse obsession?