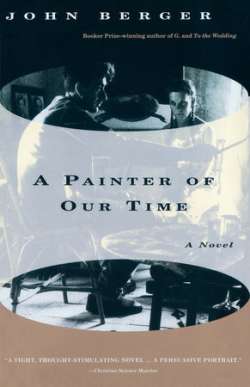 A Painter of Our Time

From John Berger, the Booker Prize-winning author of G., A Painter of Our Time is at once a gripping intellectual and moral detective story and a book whose aesthetic insights make it a companion piece to Berger's great works of art criticism. The year is 1956. Soviet tanks are rolling into Budapest. In London, an expatriate Hungarian painter named Janos Lavin has disappeared following a triumphant one-man show at a fashionable gallery. Where has he gone? Why has he gone? The only clues may lie in the diary, written in Hungarian, that Lavin has left behind in his studio. With uncanny understanding, John Berger has written oneo f hte most convincing portraits of a painter in modern literature, a revelation of art and exile.