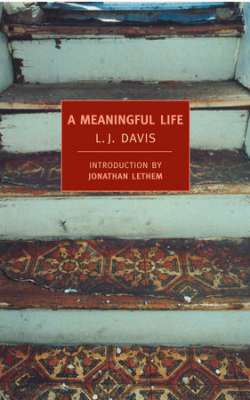 L.J. Davis’s 1971 novel, A Meaningful Life, is a blistering black comedy about the American quest for redemption through real estate and a gritty picture of New York City in collapse. Just out of college, Lowell Lake, the Western-born hero of Davis’s novel, heads to New York, where he plans to make it big as a writer. Instead he finds a job as a technical editor, at which he toils away while passion leaks out of his marriage to a nice Jewish girl. Then Lowell discovers a beautiful crumbling mansion in a crime-ridden section of Brooklyn, and against all advice, not to mention his wife’s will, sinks his every penny into buying it. He quits his job, moves in, and spends day and night on demolition and construction. At last he has a mission: he will dig up the lost history of his house; he will restore it to its past grandeur. He will make good on everything that’s gone wrong with his life, and he will even murder to do it.