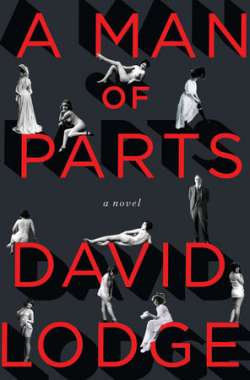 A Man of Parts

A riveting novel about the remarkable life—and many loves—of author H. G. Wells

H. G. Wells, author of The Time Machine and War of the Worlds, was one of the twentieth century's most prophetic and creative writers, a man who immersed himself in socialist politics and free love, whose meteoric rise to fame brought him into contact with the most important literary, intellectual, and political figures of his time, but who in later years felt increasingly ignored and disillusioned in his own utopian visions. Novelist and critic David Lodge has taken the compelling true story of Wells's life and transformed it into a witty and deeply moving narrative about a fascinating yet flawed man.

Wells had sexual relations with innumerable women in his lifetime, but in 1944, as he finds himself dying, he returns to the memories of a select group of wives and mistresses, including the brilliant young student Amber Reeves and the gifted writer Rebecca West. As he reviews his professional, political, and romantic successes and failures, it is through his memories of these women that he comes to understand himself. Eloquent, sexy, and tender, the novel is an artfully composed portrait of Wells's astonishing life, with vivid glimpses of its turbulent historical background, by one of England's most respected and popular writers.